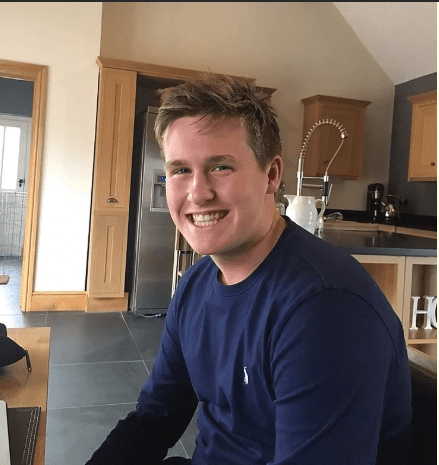 How Tutoring Can Make a Difference

As a teacher/tutor, I have taught countless number of pupils and sometimes, a few stands out amongst the rest. Get to know my feature pupil, Ethan Berlusconi.

There will always be positive and negative stuff you hear and read on almost anything and tutoring is no exception. Am not being biased and I can only speak for myself and what I observed.

Tutors are dedicated people who get a buzz when their pupils exceed all expectations! This inspires the tutors to do a lot more for their pupils to keep this buzz on a loop (so to say). Not only are the pupils' successes good for our tutoring business, it also is a great feeling that we have contributed somehow in giving the pupil a great chance in life, a brighter future and being able to have access to whatever they want to do later on in their lives/careers.

First of all, I had to decide which of my pupils will be the first to feature in this blog as I had some wonderful stories to share from when I first started tutoring up to the present.I chose Ethan for the following reasons:I had Ethan when he was in year 8, preparing for his 11+ entrance exams to a private school in UK. He was struggling with Algebra the most, working on a low level 2. I can still remember how he struggled with simple factorising and expanding i.e 2(x+3) = 2x+5 which is a common misconception. I was informed that Ethan suffered from exam anxiety. I believed it stems from lack of confidence on the subject.

Ethan is easy to like. He has a great sense of humour, easy going and will take on any challenges thrown at him. He excels in all sorts of sports he gets his hands on ie cricket, fencing, swimming, rugby … You name it, he has done it or got a medal/trophy for it. In fact, he is a sports scholar in school. And in academic? Certainly, Maths was the problem area hence his mum decided to hire a private Maths tutor and got me. Ethan is passionate about his sports. To be a great sportsman requires dedication and discipline. These are qualities which are transferable to any aspect of life including academics. Ethan has these in bucketsful which proved helpful as we worked through challenging Maths topics. There were a few misconceptions which needed sorting out to start with. Then we worked on his weaknesses on certain topics. After a while, he gained enough confidence to take on much harder topics.

It was a proud moment when he took his 11+Entrance and not only passed it, but topped it as well at a higher level 3 (we started at aiming for level 2) where only a handful of pupils managed to achieve! He got A* in Maths.

His success story didn’t end there. He now has moved on to year 9 at the school of his choice. At year 9, where he was initially placed at set 2, he was told that he will be moved up to Set 1, where the cream of the crop, the academic scholars were assigned. Towards the end of year 9, he was told he will be taking his GCSE exam in year 10, instead of year 11, which means a year earlier than expected.

Okay, this might seem excellent news which it was but it also meant, we have to cram in two years’ worth of lessons in one year! A fleeting 'OMG, how shall we go about this' feeling swept me as it caught me off guard as well as Ethan! I could also sense a mixture of happy surprise and a tinge of anxiety on Ethan's side as he now have to catch up with the scholars who had been preparing for the early exam, a year ahead of him. .

Ethan's first topic test didn’t go well, when initial panic set in as he realised what he is up against. We managed to work this out and his succeeding marks had gone 23% higher than previous. He has regained his confidence and back to his normal jovial self, and up for the challenge ahead. His GCSE exams came and went. Now for the most awaited results. I normally go on holiday abroad over the summer but always make sure am back in the UK in time for the Maths exam results to give moral support to my pupils and rejoice with them when they do very well. True enough, Ethan aced it! He got the top mark of A*! A very proud moment indeed! And of course, A Level is next on the cards!

A truly remarkable young man who not only excelled in sports but now in all of his academics as well. A well-rounded young lad who also has the personality to go with it!

I am expecting that with his positive attitude, discipline, fortitude and excellent work ethics, Ethan will undoubtedly do well not just in academics, but in life in general too. This is one young potential future leader in the arena of life to watch out for.

This just shows that it works both ways. If the pupil is willing to put in hard graft, a good tutor can work wonders for them.